18. How a Music Creative should Vote in the EU Referendum.

The Artist Potential / Standard  / 18. How a Music Creative should Vote in the EU Referendum.
0

18. How a Music Creative should Vote in the EU Referendum. 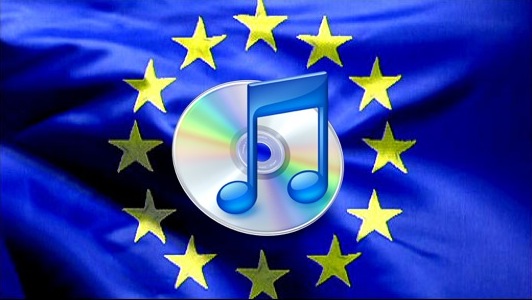 If you’re anything like me, all this noise over the UK EU referendum has left me confused leaving the EU will have any impact on our lives. While i can’t speak for UK citizens i’ve been piecing together what impact this could have on the music industry and how a music creative should vote in the EU Referendum.
To cut to the chase, the general consensus from the music industry is that we should “vote to stay” in the EU.
Touring
Ticketbis analysed the argument from a touring angle and came to these conclusions.
At the moment:
1.to tour Europe, UK artists don’t need a visa or much/if any supporting documentation.
2.selling downloads are covered by one simple VAT scheme instead of separate arrangements for each country.
3.Flights between EU and US are price regulated to be more affordable.
Exports
The UK music industry is one of the largest music exporters in the world. The EU is the UKs second biggest destination of exports. Keeping things simple would be key to keeping the industry in this position. This simplicity is likely to come from staying in the EU.
Copyright
The EU are currently pushing for a fairer copyright reform to replaced the outdated Copyright and Related Rights Regulations of 2003. This reform will hopefully block Youtube from being able to hide in a “safe harbour” from pirated content being hosted on their service . In short less piracy equals more money for music creators.
Support
Both the Musicians union ,the Featured Artist Coalition and the British Phonographic industry overall stand for staying in the EU. Whilst these institutions don’t stand for all creatives, they do represent most of the highest earners and influential music creatives.
Over 300 actors artists and musicians have publicly supported remaining in the EU. One thing to note is that successful artists operate under different rules than emerging artists. They already have power, influence, money and networks so they can’t fully represent those that have none or little of these attributes. Always take celebrities views with a pinch of salt.
78% of Record Labels desire to remain in the EU.
There’s no conclusive evidence to say whether any of this will change if the UK leaves. Everything appears to be speculative since the UK despite being in the EU has seems to have different rules from the rest anyway. However, i think it’s a case of don’t touch what isn’t broke i.e keep things the same i.e stay in the EU. However what may be of benefit to a musicians may be of detriment to a UK citizen so you will have to choose for yourself what will leave you better off.
More information on how touring could be affected by the EU referendum can be found here.
http://www.hypebot.com/hypebot/2016/06/how-uks-exit-from-the-eu-could-effect-music-industry-.html
More information on how music rights could be affect can be found here
https://www.musictank.co.uk/newsletters/feb-2016
More information on Export
http://news.cbi.org.uk/business-issues/uk-and-the-european-union/case-studies/creative-industries-and-the-eu/
More information on Support
http://www.huffingtonpost.co.uk/entry/brit-awards-warn-brexit-could-hit-british-rock-and-pop-success-adele_uk_5751775fe4b04a0827f18848
Share
Print Post
0